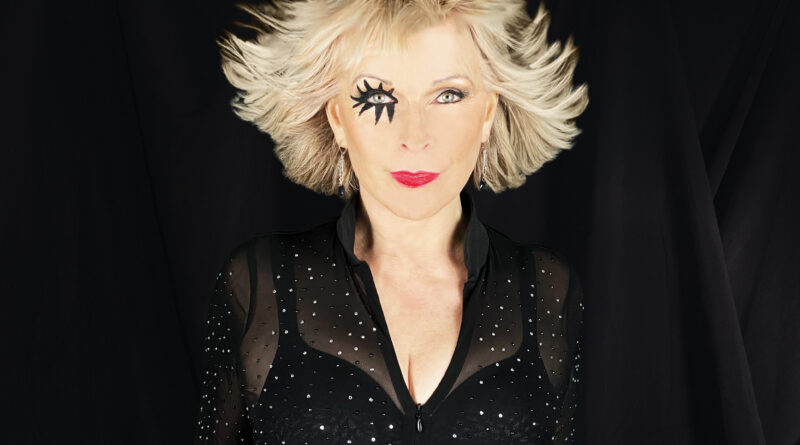 Toyah remains an iconic figure across several decades of the UK music scene. Outside of her acting career, she chalked up a series of chart hits as a musician including ‘It’s A Mystery’, ‘I Want To Be Free’ and ‘Thunder In The Mountains’.

More recently, she returned with the album Posh Pop which reached the top 25 in the UK charts. She also enjoys her regular (and popular) Sunday Lunch video shows, alongside husband Robert Fripp.

This October sees Toyah supporting Billy Idol as part of his Roadside tour. Meanwhile, Toyah’s classic 1981 album Anthem is also being reissued this September. Blitzed sat down with Toyah to discuss her busy autumn plans…

You’ve got the Billy Idol tour coming up in October, which is an interesting contrast. You’re both very different, yet at the same time you’re both seasoned travelers from that fervent 80s pop scene.

It’s great and don’t forget punk rock. Billy used to be based in London with Generation X, which is when I met him. We both have 45-year careers, are quite diverse in our individual journeys as musicians.

I think it’s quite a clever line up because I’m only on stage for 7:30 to 8:00 o’clock and I’ve got to fit in 28 albums and 15 hit singles. That’s quite a journey to make, but what all of us have in common on this bill is we started in punk and we’ve both, all of us, evolved into rock. I think it’s quite diverse. I’m not just an 80s icon. I’ve been pretty present, especially in the last few years. I think it’s a very clever mix I hope that I can get in some good punk rock material. Obviously the 80s material, but also the new stuff as well because Posh Pop went to No. 1 in 36 charts, 22 in the main charts on August the 27th last year and I’m certainly going to be including some Posh Pop tracks.

There’s also the reissue of your classic album, Anthem. What are your thoughts on that album today?

We’re going to be performing a lot of it on tour. My band are very, very young. My lead guitarist Manolo and Nat were one year old when this album came out! – and they love this album. So, for me that is a very important emotional barometer about how people are going to see the re-release and they can’t wait to play it. They love the song ‘Marionette’, they love ‘Demolition Man’. They’re so excited by it. So, for me that brings me into the present day with it. And on this tour, the sound design, we’re going to go back to all the original drum sounds, the original keyboard sounds and the original guitar sounds. But we’re adding an element that makes it very danceable. The Anthem tour is mainly standing and I want my audience to be able to move and to be able to kind of plug into the heart of 1981.

How do you feel about the reaction to your Sunday Lunch videos?

We just had our stats in and it’s gone into over 100 million now over two years and that’s quite extraordinary. It seems – touch wood – to be growing in a really nice way and I think part of this success is we’ve been consistent in what we do.

Finally, is there any message you wanted to send to attendees of the forthcoming Billy Idol concerts?

I cannot wait to be on the same stage, in the same arena as this incredible audience and I am going to be rocking out when Billy Idol is on stage. It’s an honour and I am grateful. I feel very honoured and special to be doing this tour and I think it’s going to be a really good one.

The remastered edition of Anthem is out now on Cherry Red https://www.cherryred.co.uk/product/toyah-anthem-2cd-1dvd-edition/

Toyah will be performing with Billy Idol and Killing Joke on the following dates:

Tickets for The Roadside Tour 2022 can be purchased from www.aegpresents.co.uk/billy-idol. All existing tickets are valid for the revised dates.

Read the full interview with Toyah in the next issue of Blitzed.