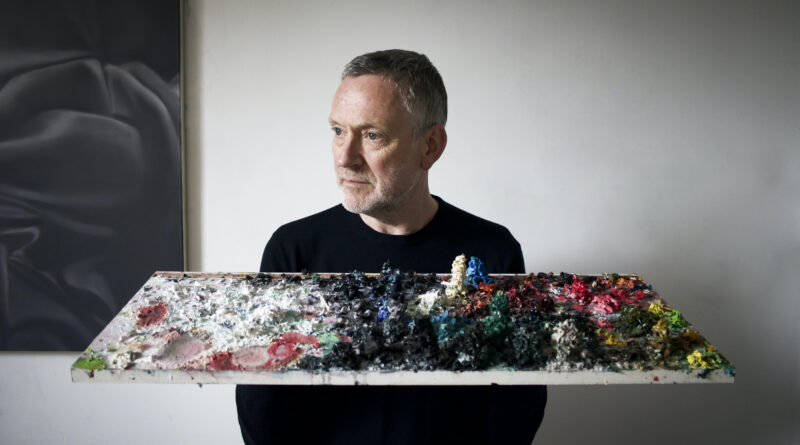 When Blitzed interviewed Blancmange’s Neil Arthur in the latest issue of the magazine, the topic turned to the inspirations behind the songs on new album Private View “…they’re observations of stuff that are kind of going on around us. Things that have happened to me or people who are close to me or I’ve observed, I’ve read about, or I’ve been told about:” suggested Neil, weaving in a level of cryptic observation.

Ahead of the new album’s release, Blancmange have unveiled a new track to provide a further taster for things to come. ‘Take Me’ offers a more reflective moment with some gentle piano tones meshed with a motorik beat. Meanwhile, Neil Arthur’s vocals take on an introspective aspect.

“As usual I’m playing with double meanings and domestic references” suggests Neil, discussing the new track, “Can you take me, in terms of the unpredictable aspects of a personality, or can you literally take me to our favourite place by the sea? And also how much does someone have to “take” before a relationship breaks down? How many times can your partner be expected to accept repeated mistakes? Where is the tipping point?”

“A lot of people are frightened of the future and are quite happy to have a repeat of something that was done before,” Neil comments, “But it’s just not for me. Looking forward you’ve got a hell of a world to try and navigate through at the moment. We’re all moving forward – so we’ve got to try and find some answers.”

As an album, Private View offers up Neil’s vision on the modern world – and it’s not always a positive experience as he outlined in his interview with Blitzed. “The thing is, I’m aware of, as much as I can be aware, of what’s going on in the world… it’s terrifying. I want to reflect on it, I want to think about it.”

Private View is out 30 September 2022 on London Records.