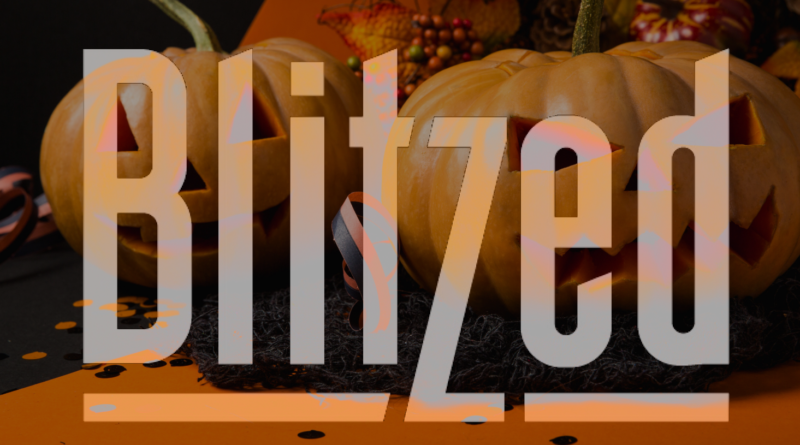 As October comes to an end, it provides a good opportunity to serve up an eclectic playlist of songs that all appear to have something of a spooky theme. In typical Blitzed fashion, we mix things up a bit by listing some established classics alongside lost gems and also a few contemporary offerings to spruce up your Halloween evening…

Originally released as a single in 1981, the track formed part of a new range of material featuring the work of legendary guitarist John McGeoch. The single graced the charts at No. 22 and swiftly became one of the Banshees’ most popular tunes.

A song that offered up social commentary on themes of urban decay, unemployment and violence in inner cities, it’s perhaps surprising that it became a chart hit. The song spent three weeks at No. 1.

XTC – The Ballad of Peter Pumpkinhead

This curious lyrical narrative had been inspired by a Jack o’ Lantern that XTC’s Andy Partridge had carved and placed on a fence post in his garden for Halloween.

The title track from Bowie’s 1980 classic album released as a single in 1981. Featuring distinctive guitar work by Robert Fripp, the song’s unsettling lyrics tackled a “horror of rooms” and “strange doors” in a cryptic tale.

This Poe-inspired tune from new electro-goth duo Dead Lights has something of a dark relish to it. Perfect for those that enjoy darker electronic outings, but also like to have a bop on the dance floor.

Although best known for being part of polka dot indie pop outfit Strawberry Switchblade, McDowall’s talents extended beyond that duo’s demise. This cover of the Blue Öyster Cult classic seems to give the song a certain power.

The Fall – There’s a Ghost in My House

This 1987 cover of the 60s classic catapulted The Fall into the top 30, marking an era in which Brix Smith was encouraging Mark E Smith to give the legendary post-punk outfit a wider audience.

Carpenter has repeatedly demonstrated that he’s as capable of composing music as he is in making films. But this is perhaps his most notable composition. The unsettling nature of the music is more surprising given that Carpenter composed and recorded the film’s score in just three days.

The work of Warrington-based musician Paul Fleming, Baltic Fleet serves up sweeping and dramatic instrumentals, notably on his 2012 album Towers.

Echo And The Bunnymen – The Killing Moon

The lead single from their 1984 album Ocean Rain, this composition’s smart use of strings gives it a cinematic sweep. Ian McCulloch’s vocal take on a particular power here, lending lines such as “Fate up against your will” with an angsty delivery that really hits the heart.

Marking her stunning 1978 debut, Kate Bush’s interpretation of Emily Brontë’s novel put her on the map. The theatrical arrangement and Bush’s incredible vocals seemed to grip the imagination of the public, easily pushing this single to No. 1.

A single release from the band’s 1981 album Tin Drum, it reached No. 5 in the UK charts. The lyrics describe deeply personal feelings and the release of the single pre-empted Japan splitting up.

The stunning title track from the band’s 2020 album, this muscular outing was apparent inspired by an odd turn of phrase to refer to hangover anxiety (“I’ve got the monsters…”).

Indie dance pop outfit Dubstar made their mark with some impressive singles. But the wistful angst of ‘Ghost’ from their 1997 album Goodbye is something of a lost classic.

Used as the opening theme for iconic horror film The Exorcist, this led to a higher profile for Mike Oldfield. The album stayed in the top ten of the UK charts for one year, during which it reached No. 1 for one week.

The lead single from the electronic outfit’s 2008 album Velocifero, the baroque pop of ‘Ghosts’ demonstrated that Ladytron were some of the best purveyors of smart synth-pop in the early noughties.

The Mekons – Ghosts Of American Astronauts

Long-running Leeds art collective The Mekons have been involved in music since 1976. This composition is one of their best, a dreamy guitar-fuelled narrative about lost astronauts drifting around the Bradford hills.

Bringing things up to date with this fresh release from darkwave duo Promenade Cinema. A stunning composition with some enthralling synth melodies and a dramatic vocal delivery from Emma Barson.