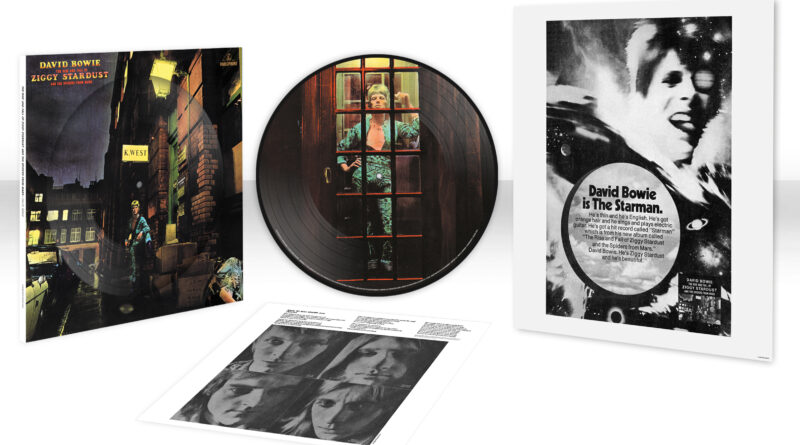 To celebrate the 50th Anniversary of David Bowie’s iconic album The Rise and Fall of Ziggy Stardust and the Spiders from Mars, Parlophone Records will issue two special vinyl releases to mark the event.

The 1972 album marked Bowie’s fifth studio album and brought to life a compelling narrative of a planet facing tragedy and the rise of a glamorous rock star during a period of turmoil. The concept album is considered to be one of Bowie’s best and remains an cultural icon even 50 years later.

This week also marks the 50th Anniversary of ‘Starman’, the single that heralded the album, which now has a new lyric video.

On 17th June, 50 years and one day after the original UK release date, The Rise and Fall of Ziggy Stardust and the Spiders from Mars will be issued as a limited edition 50th anniversary half speed mastered LP and a picture disc, featuring the same master and a replica promotional poster for the album.

This new pressing was cut on a customised late Neumann VMS80 lathe with fully recapped electronics from 192kHz restored masters of the original Trident Studios master tapes, with no additional processing on transfer. The half speed was cut by John Webber at AIR Studios.

David Bowie laid to rest the Ziggy Stardust persona in July 1973 at his infamous last show with the Spiders From Mars at London’s Hammersmith Odeon, but Ziggy’s impact reverberates to this day.