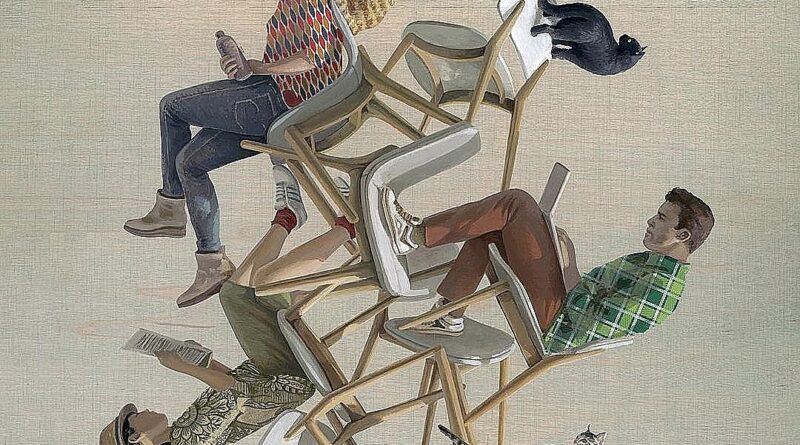 “Before everything went so right with this album, everything first had to go wrong” suggests Roland Orzabal, outlining the process by which new Tears For Fears album The Tipping Point evolved.

Themes of loss and tragedy are ingrained on this album, fuelled by the passing of Roland Orzabal’s wife in 2017 as well as his own health scare in 2018. But while this might suggest a more maudlin direction, much of the compositions on offer here are actually thoughtful, even sanguine narratives that touch on universal human emotions.

The evocative nature of ‘No Small Thing’ provides the key to understanding the album as a whole. Its lyrical musings paint a vivid picture of age and change centred around motifs such as “Freedom is no small thing”, eventually ending up in a cathartic workout.

Equally, the album’s title track has a deep, personal quality with lyrics that are pointedly drawn from Orzabal’s experience watching his wife in hospital. Despite this, there’s a bigger, more sweeping quality to this composition which retains a warm, organic feel in its delivery.

Meanwhile, there’s a more upbeat mood present on the breezy ‘Break The Man’, a lyrical narrative about breaking the patriarchy (a call-back of sorts to 1989’s ‘Woman in Chains’).

There’s a gentler, more pastoral approach to ‘Rivers Of Mercy’ with its soft piano. It’s a number designed to invoke a sense of peace and tranquillity that also plays around with themes of redemption.

The Tipping Point offers a more mature, more measured approach to song writing. It shows a band older, perhaps wiser and musing on the passage of time. Not many of Tears For Fears’ contemporaries can pull off that evolution successfully.

Read our full review of The Tipping Point in the current issue of Blitzed. Order here: https://bit.ly/3roShyj