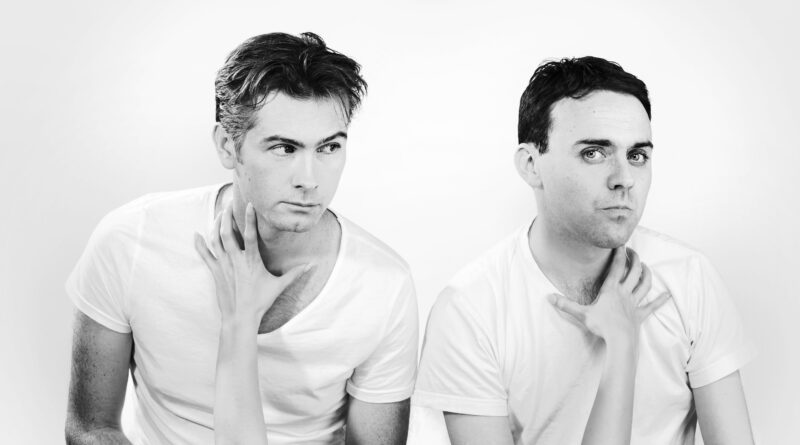 Cult With No Name (aka Erik Stein and Jon Boux) have carved out an intriguing career since originally forming back in 2004. Their stylish, suave electropop has since won praise, with 2019 album Mediaburn drawing particular acclaim.

Speaking to Blitzed, CWNN’s Erik Stein outlined the inspiration for that particular composition. “I wanted to write about a little theory I have around all groups or collectives having a tipping point. All collectives are founded around a theme or cause and then grow in unison up to a point when suddenly cracks and factions appear, and splinter groups form.”

“We’ve seen this all through history in just about every context. It’s as if humans can only function in groups up to a particular size. I thought ‘Cult With No Name’ would be quite a funny title for it. I’d be lying if I said there weren’t a few tongue-in-cheek in references to us in it, but I’ll let people guess which lines I’m referring to.”

The simple, downbeat style to the band’s sound also carries over to Cult With No Name’s live performances as Erik muses: “I guess the simplicity of the stage show is just reflecting the music. We love performing of course, although we’ve learnt to generally wait until we’re asked to do a gig rather than endlessly pursue them.”

“There has been a creeping trend in electronic music we’ve noticed around the use of visuals as part of stage shows. Generally speaking, I’m not a fan of that. I think effective lighting, which importantly means lighting the songs and not the people, is far more powerful. There have been a couple of occasions when we’ve deliberately not used visuals at festivals simply because every other band was using them. Being pig-headed is both your best ally and worst enemy in the music business.”

Read more in our exclusive Cult With No Name interview which is in the January issue of Blitzed, out now. Order here: https://bit.ly/3roShyj