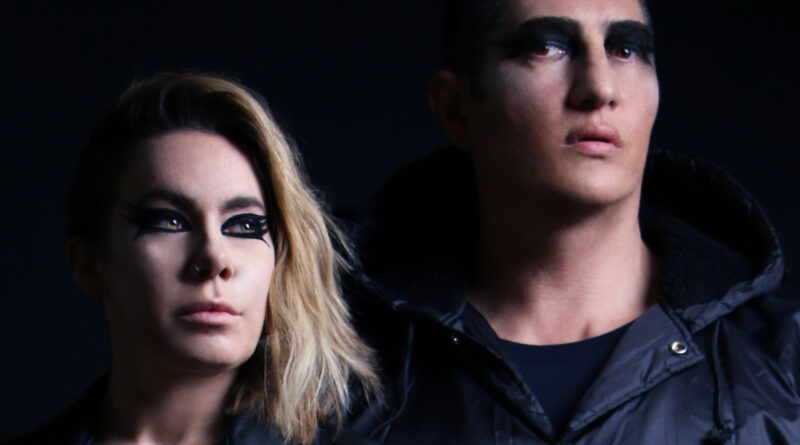 “The concept was that if in 1980 Martin Rushent had produced Travelogue before Dare what would it sound like?”

Australian synth-pop outfit Parralox have been drawing on a rich history of influences to produce a series of special Human League cover versions.

Quizzed by Blitzed, Parralox’s John von Ahlen discussed how, during the COVID crisis, he had felt inspired to do his own versions of the League’s classic album Travelogue. “I thought that while I was locked down, and couldn’t rely on interaction with other people I had all this downtime and wanted to use it productively. I actually caught COVID last year in June/July and that’s what gave me the impetus to do Travelogue as I’d previously recorded the Reproduction album, releasing the songs over the years on our annual holiday compilation albums. It actually wasn’t until I did one of the last two or three songs in that way that I realised that I’d actually recorded the entire thing. So, I released it as Reproduction, but it was more a collection of all the songs thrown together on an album called Reprint Reproduction.“

Originally released in 1980, Travelogue is the second full-length studio album from The Human League, featuring classic songs such as ‘Being Boiled’ and ‘The Black Hit Of Space’. It also marked the end of that incarnation of the band with founding members Martyn Ware and Ian Craig Marsh, leaving after to form Heaven 17.

The work ethic of John von Ahlen has always been impressive, even when faced with a pandemic. “I was locked down in the studio when I had COVID. So, I chose to stay in there for two solid weeks” the Parralox frontman mused, “And it was absolutely amazing to have the freedom of knowing the only thing I could do now was eat, sleep, watch lots of TV and work in the recording studio. I get inspiration for new material all the time, lucid dreaming, (I hear the songs in my sleep) and I wake up and record them into my phone and just keep them there in a bank for ideas for later on. “

“When we were in Manchester Travelogue must have been on my mind because we were due to see the Human League live. Sadly, that didn’t happen because of COVID and I thought that since I’d released Reproduction piecemeal it would be nice to do Travelogue as a proper considered cohesive project. It gave me something to focus on for the next five or six months to recreate every single song. The concept was that if in 1980 Martin Rushent had produced Travelogue before Dare what would it sound like? And rather than just randomly record the songs, I had to work out where the songs were going to live in terms of production style, and as I know my music and the fans know my music I knew it’d be something to which they’d be very receptive.”

Read the full interview with Parralox in the January issue of Blitzed, out now. Order here: https://bit.ly/3roShyj